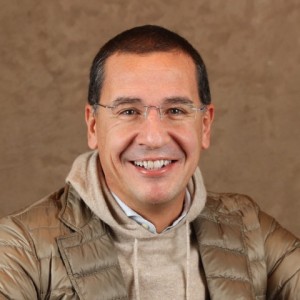 Guido Giusti was born in Verona (Italy) on February 27th 1966.
He graduated in Medicine on October 30th 1991 with full mark cum laude at School of Medicine of University of Verona (Italy).  In 1991 he entered Residency of Urology at School of Medicine of University of Verona (Italy).   In 1996 he attended the “Division of Urologic Surgery” of “Washington University School of Medicine” in St. Louis (Missouri-USA) directed by Dr. W.J. Catalona for a full year research fellowship in Endourology and Laparoscopy with dr. R.V. Clayman.  He graduated in Urology on October 29th 1996 with full mark cum laude at School of Urology at University of Verona (Italy). From January 1997 to June 1999 he served as Assistant Professor at Department of Urology of the University of Verona. In June 1999 he moved to Department of Urology of Humanitas Research Hospital in Milan.
Since September 2008 to May 2015 he was Head of the “Stone Center” of this Institution.
Since 2012 he established the European Training Center of Endourology under the patronage of SIU (Italian Society of Urology) and EULIS (EAU branch for Urolithiasis) and he chaired 65 international courses in 3 years (www.etce.it).
Since June 1st 2015 he joined Ospedale San Raffaele-Turro Staff to establish a new Stone Center for this Hospital.
He is Associate EDITOR of VideoUrology and Minerva Urologica journal.
He is member of Società Italiana di Urologia (SIU), Società Italiana di Endourologia (IEA), European Association of Urology (EAU), American Urological Association (AUA) and Endourological Society.
He is Author of more than 170 abstracts in national and international congresses, 55 papers on indexed National and International journals (> NCBI) and 15 videos of surgery. His H-index is 10.
He is reviewer for European Urology, Journal of Urology, British Journal of Urology, Journal of Endourology and World Journal of Urology.
He performed more than 25 live surgeries in the field of Endourology in the most important national and international congresses (WCE 2012, SIU 2012, EAU 2013-2014, CIE 2012-2013 -2014-2015 etc etc).
He held the “Flexible Ureteroscopy Course” during annual meeting of EAU in Barcellona (2010), Wien (2011) , Paris (2012), Milan (2013) and Stockolm (2014) and Madrid (2015).

In 2015 He chaired as Co-President the 14th Italian Congress of Endourology ( IEA meeting) with more than 400 attendees.